A "NEAR SURFACE" EXPLORATION & PRODUCTION

We aim to valorise natural helium leaks and/or natural hydrogen at surface or near the surface, in fault areas or associated with natural springs.

This innovative approach makes it possible to take advantage of the naturally escaping resources from the Earth into the atmosphere, without having to carry out deep drilling (equivalent to water boreholes).

After multiple studies and various geological and geophysical acquisitions, 45-8 ENERGY has confirmed that France has multiple geologically favourable areas in this context, such as the FONTS-BOUILLANTS PROJECT, whose purpose is to demonstrate the technical and economic viability of this concept by 2023; it would then represent the first production of helium in Western Europe.

Other high-potential areas have also already been identified in Europe and for which permit applications are in the process of being matured and submitted.

Our objective : start-up a pilot production in the "Fonts-Bouillants" exploration license by 2023 and secure high graded high potential areas. 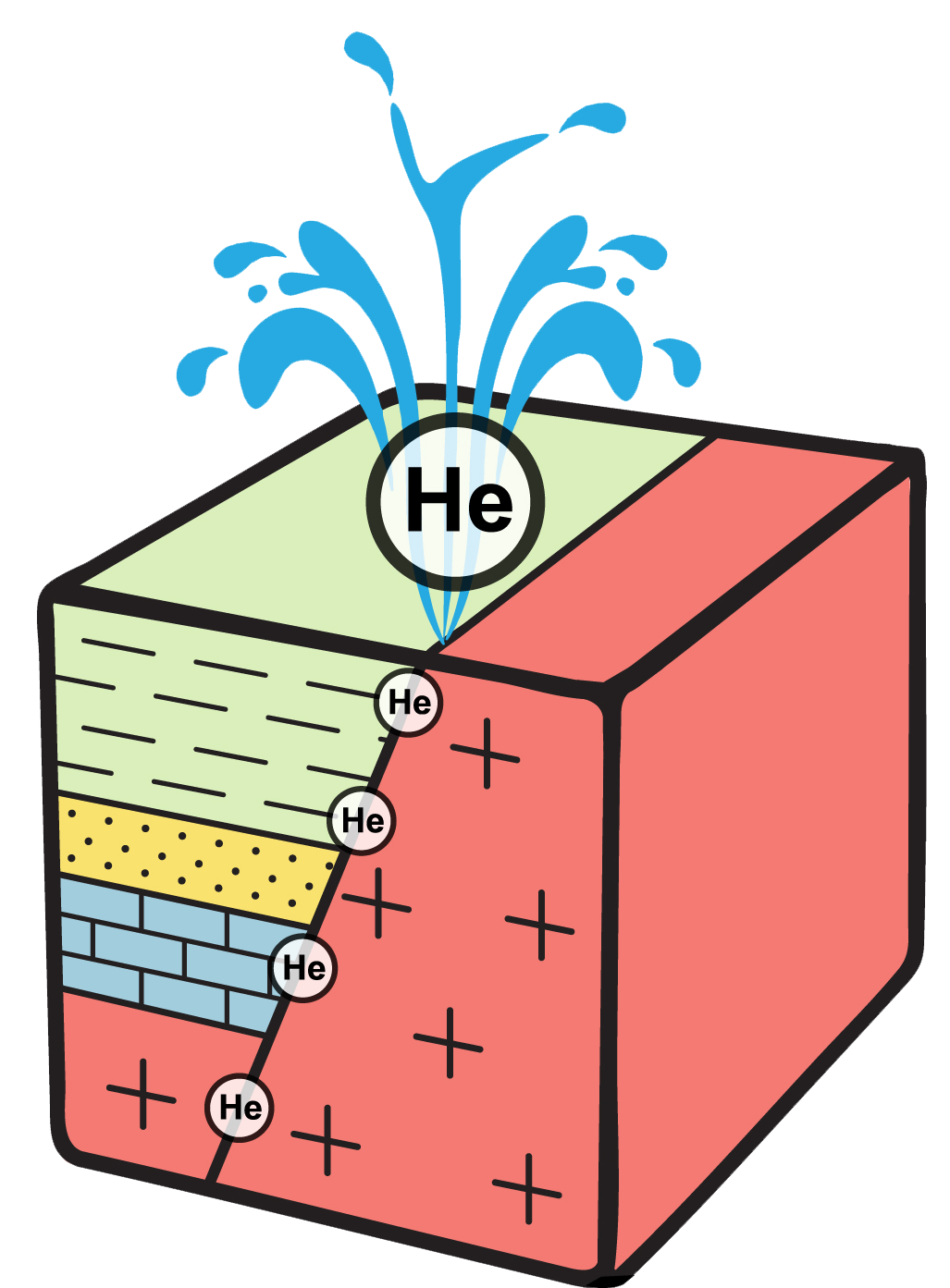 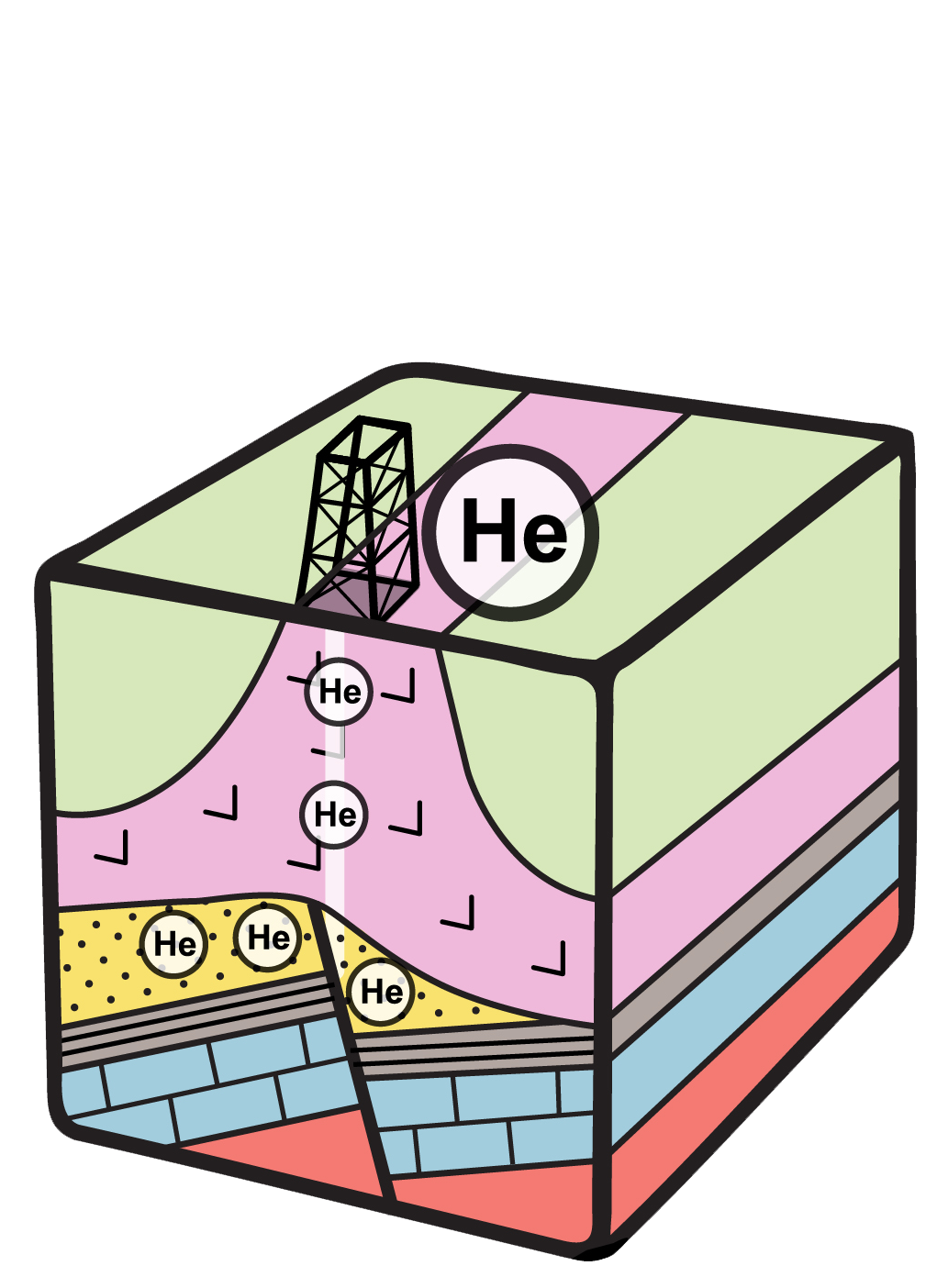 This is a more traditional approach which consists in exploring, discovering and producing natural helium and/or hydrogen deposits present in the subsurface but at greater depths, ranging from several hundred to thousands of meters.
Drilling a well is then necessary, requiring multidisciplinary studies prior to select a geological target offering a high probability of success.

This is the case, for example, of the "AVANT-MONTS FRANC-COMTOIS" PROJECT located in France in an area near Besançon, for which an exploration license was awarded in August 2022 and currently being evaluated or the exploration work underway in Germany.

Our objective : Evaluate the exploration potentiel of the "Avant-Monts Franc-Comtois" exploration license and secure mining rights in an area with high potential such as Germany before the end of 2022.

AN exploration supported by R&D projects : 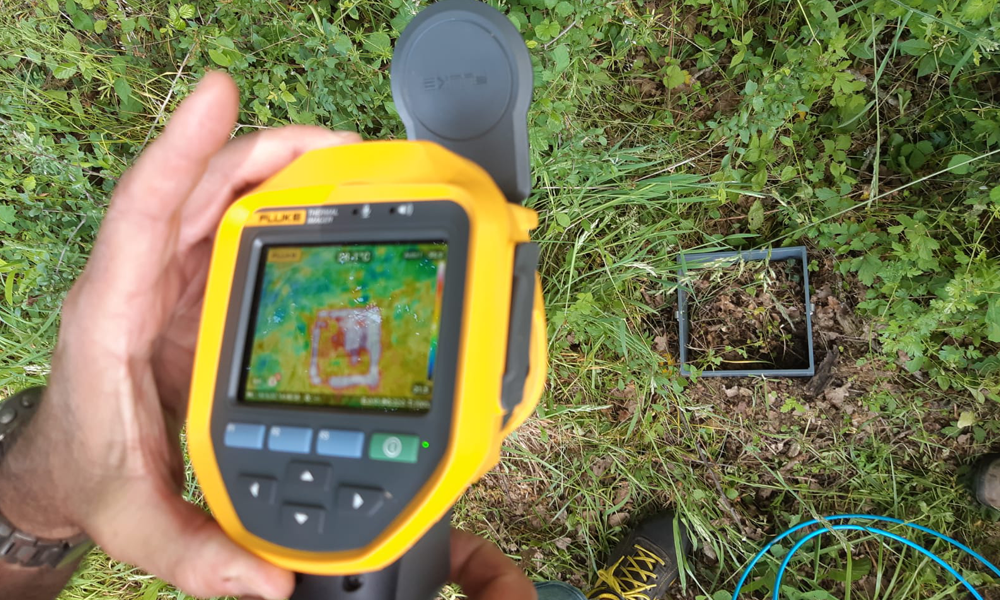 Objective : map and quantify the natural CO2 seeps around the Saint-Parize fault and associated to the helium rich natural springs on our “Fonts-Bouillants” exploration license. 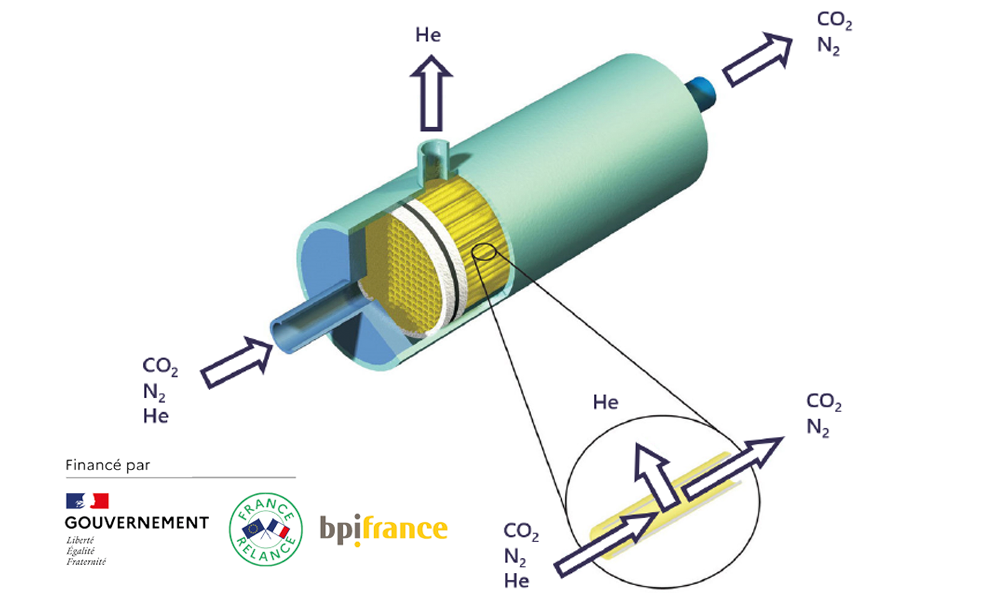 Objective : develop an improved surface gas separation technique using membranes, which is more efficient and more environmentally friendly than the solutions currently on the market.
The project has been labeled by the "Materalia" competitiveness cluster and was selected by the French National Investment Plan for Industry - Strategic Sectors (supported by a 1.6M€ grant). 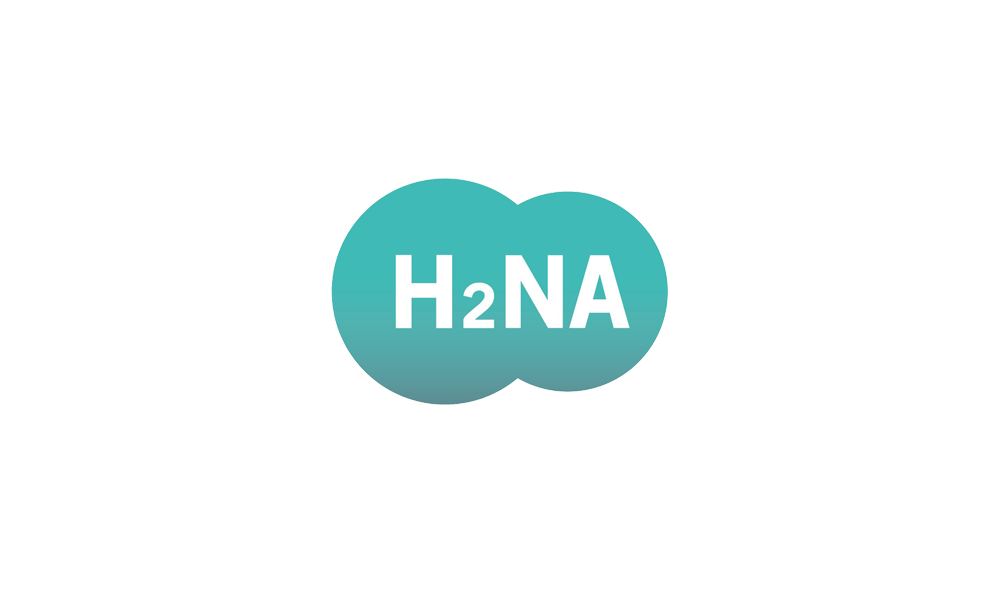 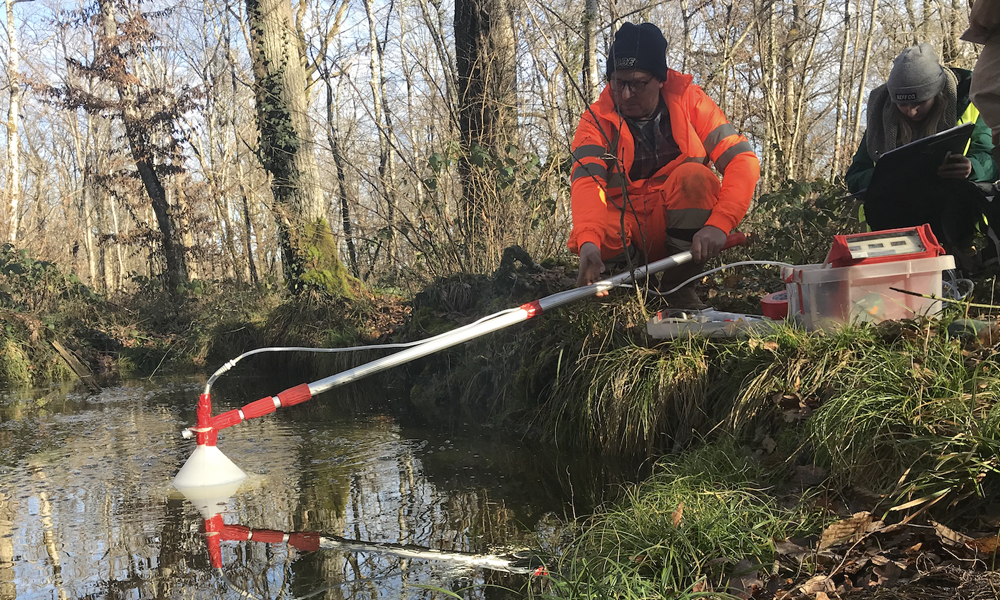 Objective : characterize helium geological systems (generation, migration, trapping) in Continental Europe and assess the exploratory potential of the resource.
The PHD is co-directed by 45-8 ENERGY and two Universities enabling an access to state of the arts laboratories for noble gases isotopic measurements. 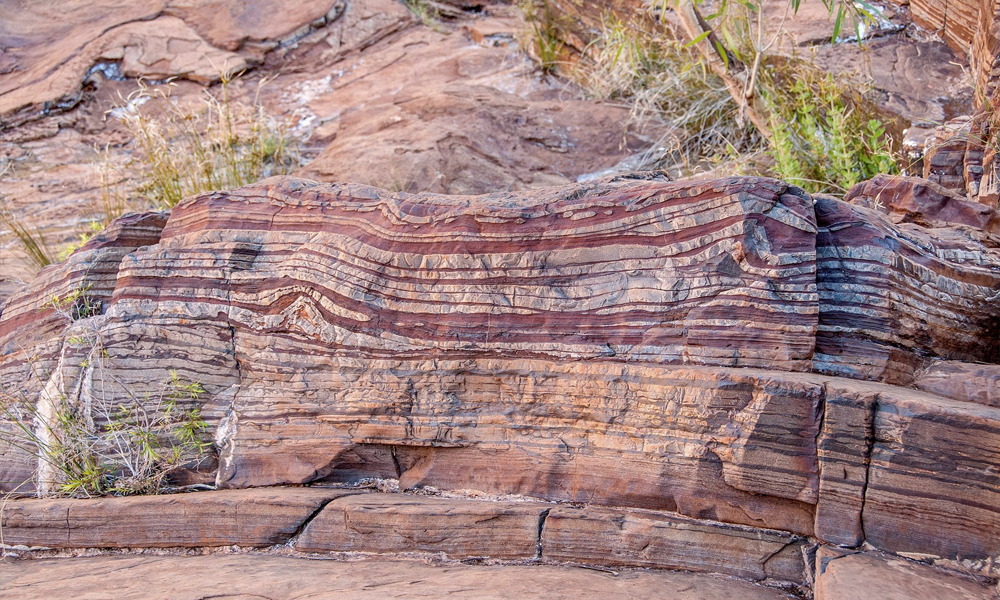 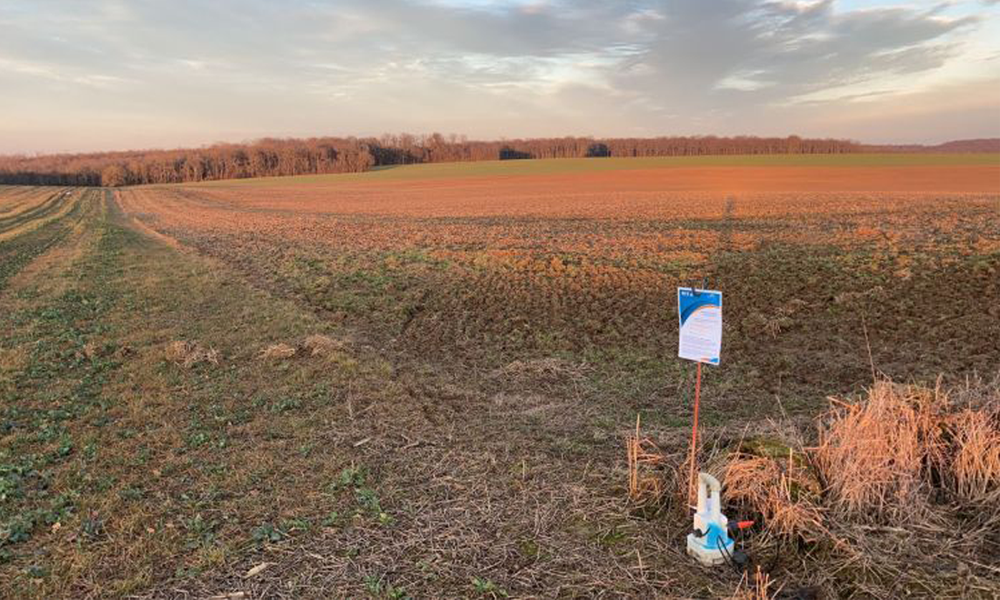 Objective : innovative passive seismic acquisition (recording of ambient noise over a period of several months from a network of nearly one hundred geophones) with the aim of indirectly imaging natural gas leaks along the Saint -Parize, under our “Fonts-Bouillants” exploration permit.
This project is carried out within the framework of the CITEPH program and sponsored by TotalEnergies and Schlumberger. 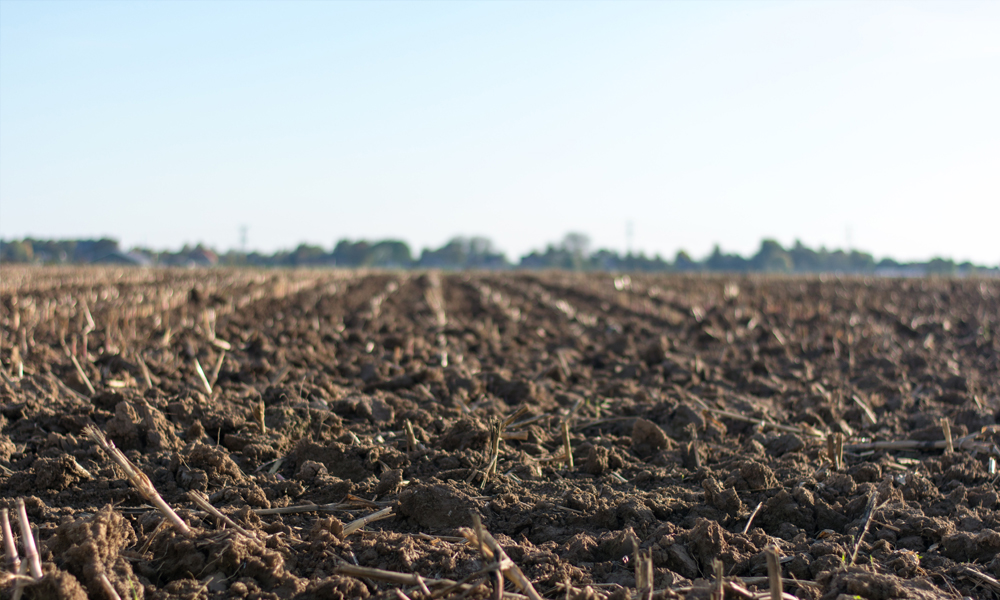 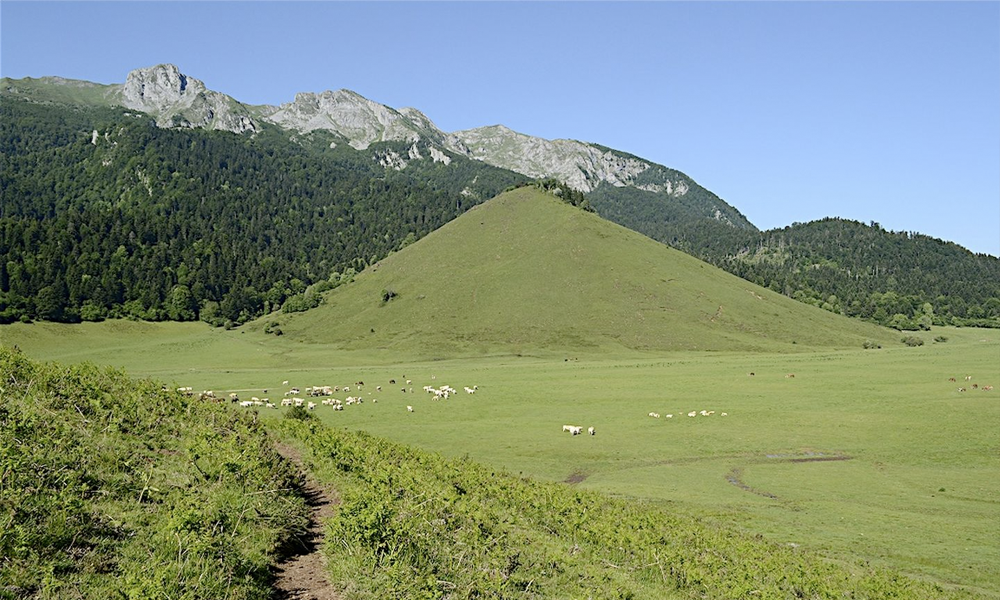 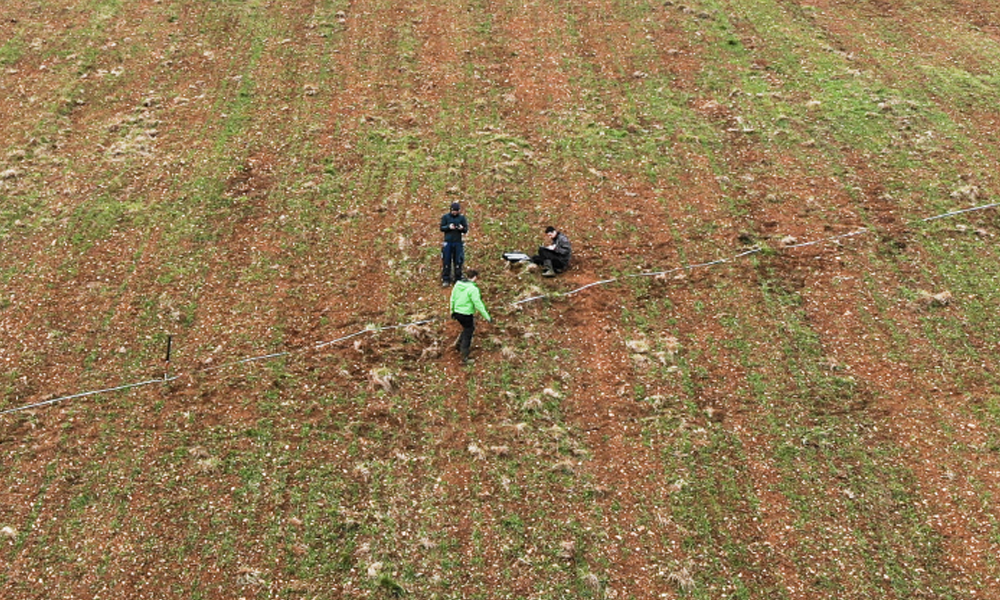 Objective : characterize a geological context favorable to the production and diffusion of natural hydrogen at surface. This research project, carried out in a selected area of interest in France, is supported by two proprietary gas sensor technologies. 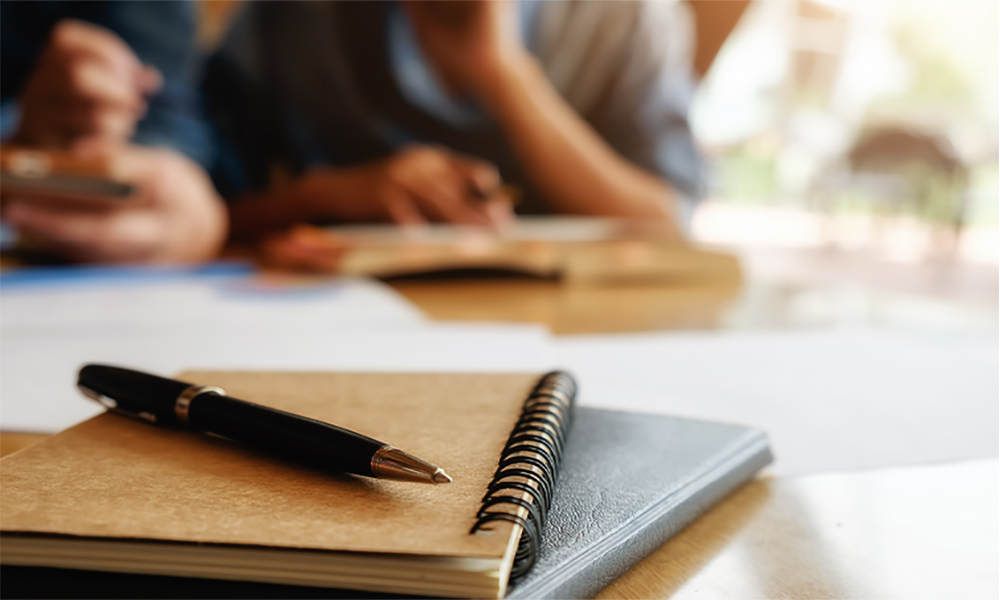 Objective : consolidate the knowledge regarding the governance of subsurface engineering projects. 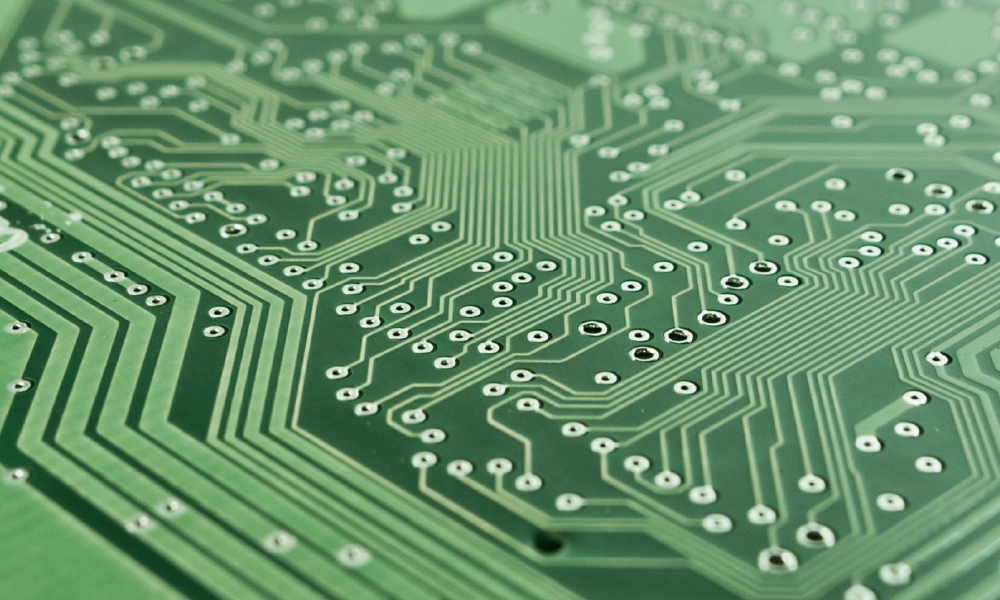 Objective : extend the C-Ground project and increase the range of gases that sensor can measure to adapt it to other uses. 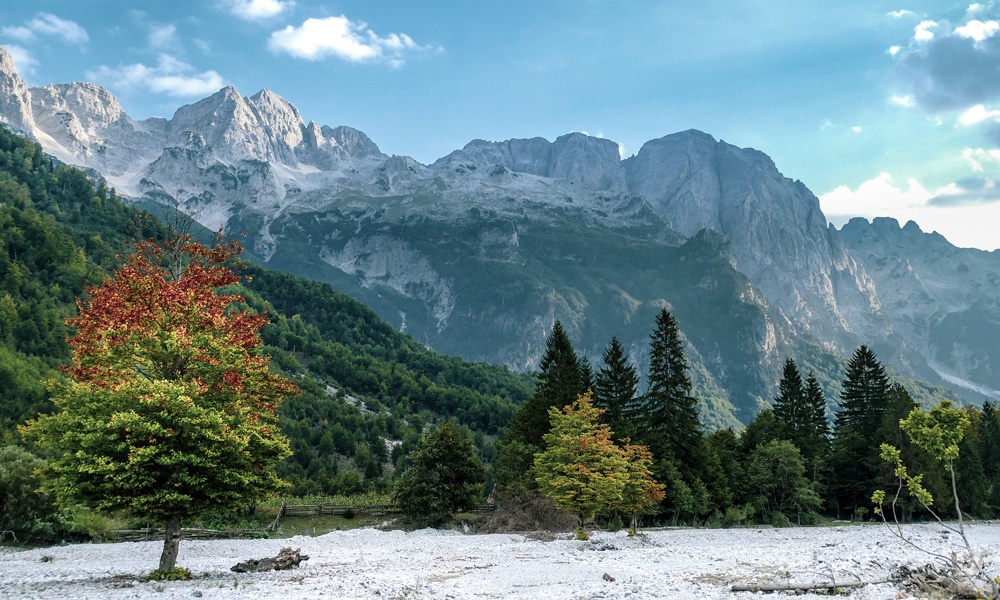 Objective : assess the occurrences of helium and natural hydrogen in the Dinarides region (Croatia, Bosnia, Kosovo, Serbia and Albania), understand their origins and assess the exploratory potential.
Post-doctoral co-funded by the French National Investment Plan and co-directed by 45-8 ENERGY and Pau University (Isabelle Moretti). 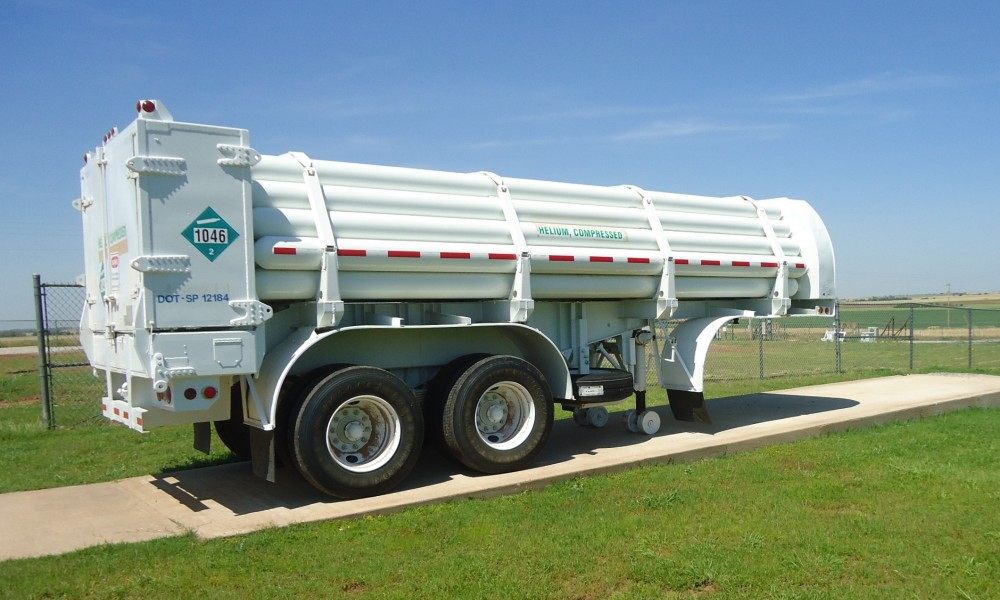 Objective : compare the life cycle and carbon impact of a European helium, produced locally, with the conventional helium, entirely imported from the United States, Qatar or Algeria in liquid form. 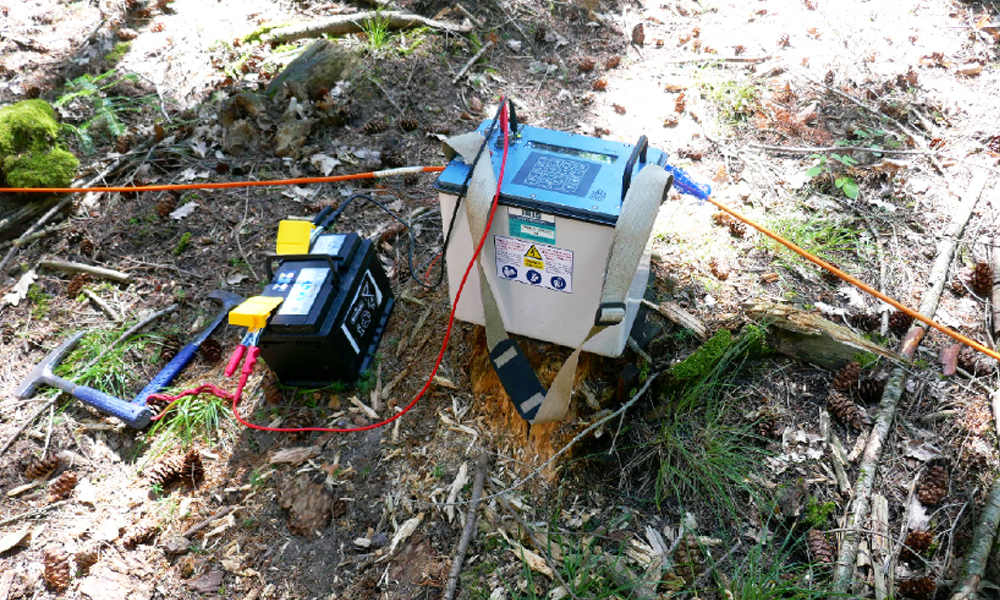 Objectives : better characterize helium fields through multiple geophysical and geochemical methods. This program greatly supported us in the geological model understanding of the Fonts-Bouillant exploration area. 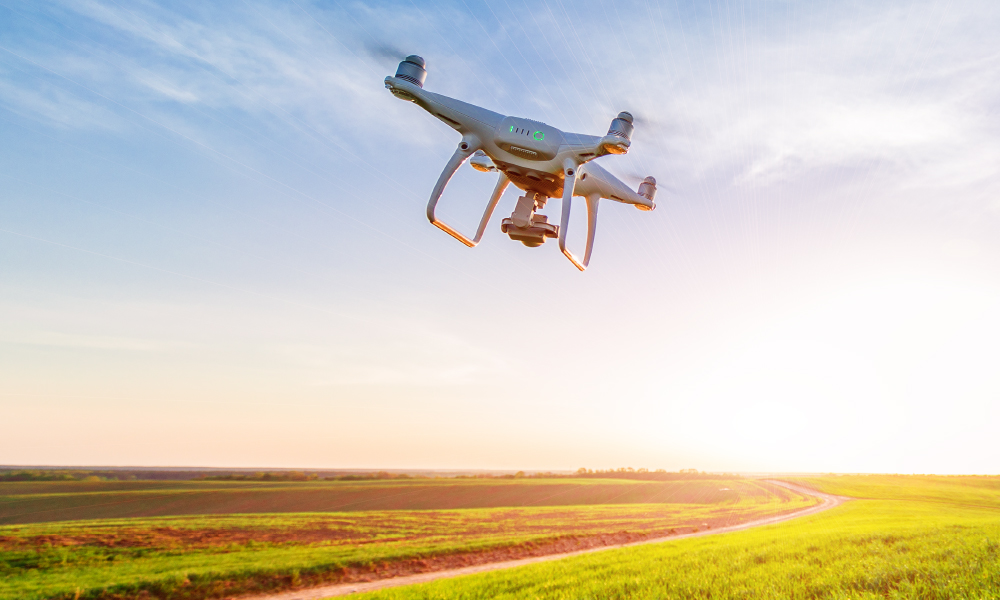 Objective : integration of complementary and multi-scale technologies (from satellite imagery to rock sample analysis in the laboratory) to develop an exploratory methodology specific to helium and hydrogen. 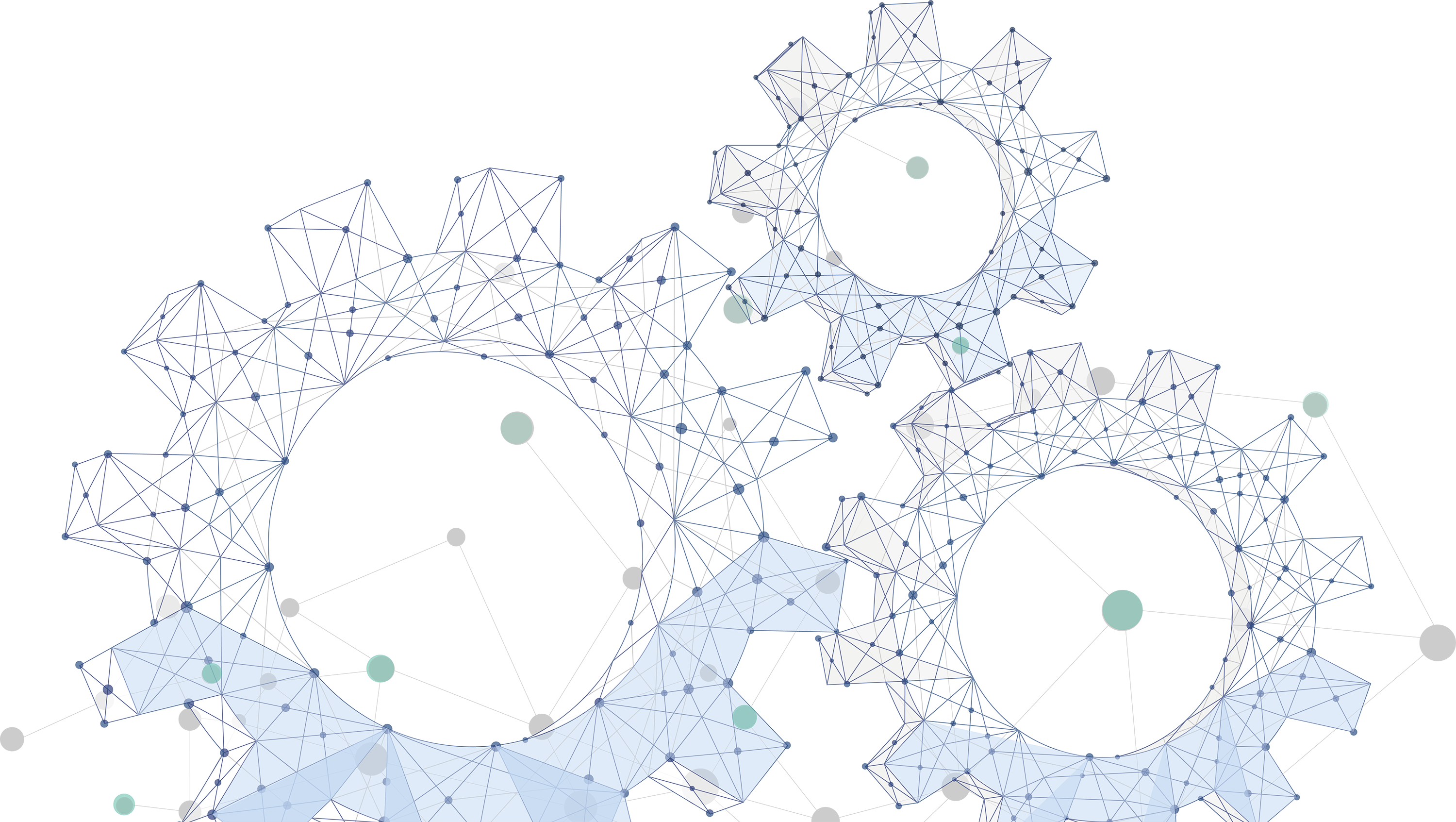